I am an experienced UKCP Registered psychotherapist, supervisor and workshop leader.

I was born and grew up in Oxford. I started out my working life as a cellist in a ballet orchestra in Holland, after four years at the Royal Academy of Music. The deep experience in listening, practising, hearing and being heard that is involved in extensive classical music training has never left me, even though since my 40s I no longer actually play an instrument. (but recently I did buy a treble recorder…) and I love to sing, when the opportunity arises.

Following on from many rounds of Swan Lake and Romeo and Juliet and hours of sitting in the orchestra pit, I left full-time work as a musician and did a PGCE, working as a teacher in primary and later nursery, and teaching the cello in various contexts. I also continued to play as a freelance musician. What I loved most was the experience of playing with a string quartet, which I did from 1977 until around 1992.

Various part-time jobs after I left nursery teaching made a patchwork of different experiences, and meanwhile I trained and worked as a massage practitioner, and in 1989 began my psychotherapy training at the Gestalt Centre London. Graduating from there in 1994, I began working part time at CancerBacup (now Macmillan) and managing a private practice as therapist and supervisor, which has continued to this day. I lived and worked in London for a long time and then for 16 years in Edinburgh, where for three years I also had a job as School Project Manager with ThePlace2Be, alongside my therapy and supervision practice.

Three years ago I decided to move back to Oxford, and while semi-retired, working in private practice as a supervisor (which I really enjoy), I began studying art, which has now become one of my main preoccupations, with all the delights and challenges that it brings. You can read a bit about that in my blog at www.clarecrombie.blog.

Although my initial psychotherapy training was in Gestalt Therapy, I soon became interested in other approaches. Important among these has been various different approaches to movement and dance, and more than 20 years of study and experience of the Constellations approach (initially created and envisioned by Bert Hellinger). I began facilitating workshops in 2001 in Edinburgh and since then have been offering them regularly, while continuing to develop my practice and integrate so much from everything else I have learned over the years. I have been fortunate to have had access to such inspiring teachers, amongst them Hunter Beaumont, Franz Ruppert, Stephan Hausner, Francesca Mason Boring, Sarah Peyton, and many others, most of whom I encountered because of the International Constellations Intensive, which took place every year in Germany. I am forever grateful to all of them. 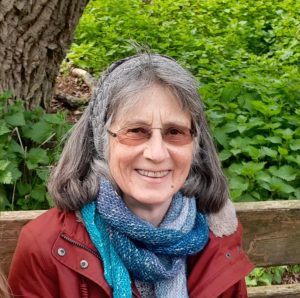 Design by The Buckingham Designer.